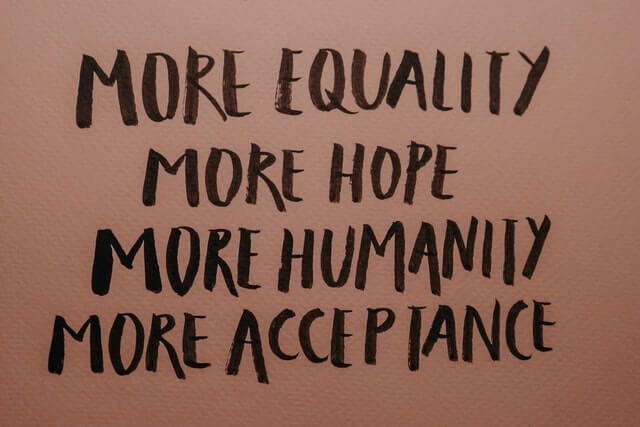 Language Discrimination: Why Hindi Can Not be the Means of Communication in the Corporate World?

Always been something to talk about in India, because, unlike other countries, we speak approx 30 languages used by millions of people, including additional languages, that is over 122 spoken by 10,000s of individuals and 1599 dialects.

Yes! We have a plethora of languages, however, many are on the edge of extinction.

But out of all languages, most Indians are inclined towards English (that’s not even originated in India) but is the second national language of our country. Well, that’s not the point, neither I’m in favor of speaking Hindi or English, the point is in the race of learning or speaking English, people are forgetting to give importance to their mother tongue or native language.

So, I would like to ask this question to everyone who is reading this: why English?

Probably because it makes us look educated, but ask yourself, which language allows you to speak from the heart, without taking um, um, um, pauses to think of the perfect word to create a sentence.

Don’t worry, I can feel ya! For most of us, English is another word to showcase our knowledge, especially, if you are a content writer, trust me! But I would like to mention, it does not make us superior to the people who are not fluent in English.

When did I realize that?

I’m even ashamed to mention it, but I think it is important to mention it! So, I was working and one of my friends used the word “पूर्वानुमान करना”, and trust me, I was blank for a moment, then I felt that I’m not even aware of our official language, that’s worse.

Because all I did was focus on learning English, just because it is something which most of the people speak or understand, while I forget to know about Hindi.

To me, it is pure language discrimination, which is not only restricted to classrooms but is prevalent in the workplace.

Let’s start from scratch and discuss something about what is language discrimination, exactly.

What is Language Discrimination?

Though the name defines its meaning itself, yet, language discrimination is a situation where a person is not treated equally because of the native language or other characteristics of the language which reflects while speaking.

If I have to present one language discrimination in workplace examples, “speak-in-English-only-Policy, ” while a person’s primary language is not English.

Need one more langauge discrimination example at the workplace?

Well, treating employees differently due to their accent, for instance, a reflection of Punjabi language or South Indian language when someone speaks English or Hindi.

Apart from everything, the question is how is India tackling the issue of language discrimination?

Is India really doing anything to solve this problem or just like every other issue, every political party is sush on this issue too?

Surprisingly, in India, it is illegal to discriminate against anyone on the basis of their language, either in the workplace or outside.

Not only that, I’m surprised to know that, in Parliament a minister is allowed to speak in any language they prefer. And trust me, it took me a long, I mean verrryyyy long time to accept the fact that a minister can use any language, I even had an argument with my superior regarding the same.

And as stubborn as I’m, I needed proof, so, ignoring all the articles he sent me to prove his points, I asked one of my friends, whose relative is a member of Parliament. And it turns out, my senior was right.

Why is English/Hindi Preferable Over Native Language?

According to me, one of the reasons for giving preference to English is that India is the second-largest English-speaking country. Numerically, 10% of the Indian population speak English, in simpler words, 125 million people speak English.

So, yes, these numbers reflect the whole story.

That’s not all, even in some schools or colleges, speaking in English is obligatory, ignoring the fact that Hindi could also be the medium to communicate.

I mean, not communicating in a native language is understandable because not everyone is aware of each other’s native language, but why is English the most preferable language?

Yes, I’m saying that it is not just the youth who are responsible for alienating Hindi but schools and colleges hold the equivalent position in this. Moreover, another reason for preferring English could be migration to other countries, especially the USA, where English is the most spoken language.

Moreover, I would like to highlight one of the finest language discrimination examples, which is not done by any person but by the Government of India, that is Constitution of India which is the basic treaty of our country is only available in Hindi and English, but not in another language.

So, what about the people who neither understand nor write Hindi or English?

Also, all the official work in Parliament or offices, be it sending letters to ministers or the language they speak, was done either Hindi or English – a challenge for the non-Hindi or non-English speaker.

Why were parliamentary members who did not speak Hindi or English not allowed to speak in their native language?

We all know the answer to the question, which is universal speaking of the Hindi or English language. However, to eliminate language discrimination in India, now, ministers are allowed to speak in their native language.

Most talked New Education Policy (approved on 29 July 2020) keeping the diversification of the language in India mind proposed a draft in which three languages were to be taught in schools, namely, mother tongue, English, and Hindi. However, if someone’s mother tongue is Hindi, then it would be replaced with “modern Indian language.”

Then opposition from the South raised a completely valid point, that is mandatory Hindi discrimination vis-à-vis the southern States.

And I stand with them, why impose Hindi as an obligatory language to study, even in the Southern States because it does not hold any credibility. Also, the draft vividly mentions that Hindi speakers are allowed to learn any third modern language, not obligatory a language spoken in the South.

Not that I’m against this, probably the reason to make Hindi mandatory is that it is the native language of 370 million people (that makes it the second most spoken language in the world). However, the discrimination toward other languages is not ignorable.

What Would It Be Like to Not Use Hindi or English?

Believe it or not, Hindi or English are two of the most spoken languages, Hindi – a language which is the national language of our country, probably a language which reflects our culture. On the other hand, English – a language that does not have roots in India, but surely it made its place very clear.

Well, let me portray something, imagine you have reached Kerala, that too, for the first time, you are not aware of any place, except the address of your hotel.

You turn to a person for help, but due to no common medium to talk, you are not able to explain anything to him, nor can you understand what he is saying.

In a nutshell, all you can hear is, blah-blah-blah!!

Let’s see, one more portrayal, probably, you know English and of course, having the high literacy rate, most of the people know or understand English in Kerala, at least, basic English, agree?

So, there you go! Probably Malayalam is not a common medium of communication, but out of 10 people at least 4 would know English or Hindi.

What I want to say is that maybe it is hard for some of us to encourage the use of English (especially because it is not originated in India) but we can not ignore the universal acceptance of English, can we?

Likewise, in the case of India, Hindi is just another word for English!

Language discrimination in India is clearly visible, not just in the workplace but in classrooms when a South Indian child is bullied by his/her classmates.

The Government of India, Teachers, Students, even our own parents are responsible to push us to incline towards speaking English, even foreign languages, but not Hindi. Be it private schools or government schools, English is present everywhere like air.

While the question is, will the native language ever get recognition? Will there be a time when people would be interested in learning Hindi – but English or a foreign language?

Let me know your thoughts on this… 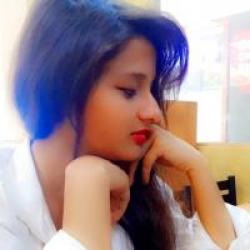 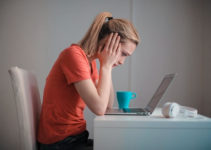 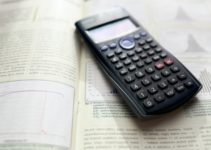 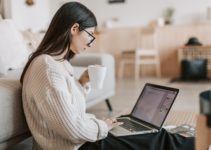