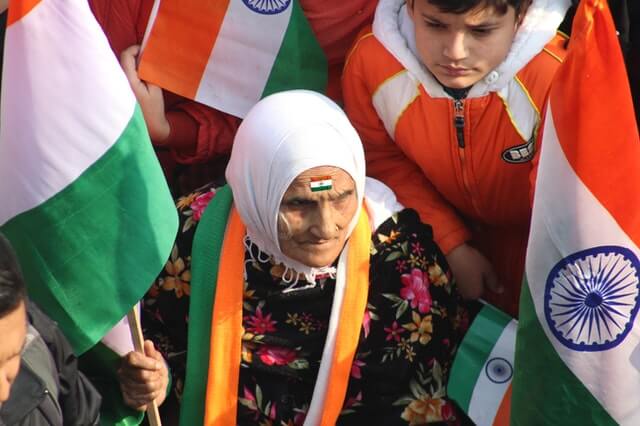 I know most of you are reading this article in the first place because you’ve been barred from the opportunities you deserve because of reservation.

Well, I say that with so much confidence because I’ve personally experienced this.

But, before you start reading this blog, I have a request to make. Do not read this as just another propaganda article. Okay?

Read this as though I am saying all this right on your face. And, then try to make your own opinion on this. I’d also love to have a healthy discussion on this topic in the comment section.

So get ready to prepare your arguments!

First, let’s start with the meaning of reservation! The one that we’ve been taught in school as kids.

Reservation in the Indian constitution is described as a system that provides the historically unprivileged and disadvantaged group of society a representation in various fields such as education, employment, politics, etc.

But in my opinion, reservation is a propaganda term used by modernists to DIVIDE & CONQUER people.

Vote bank politics drive the concept of reservation. And, reservation in the Indian constitution is not for the actual upliftment of any community, in my opinion.

The reference of reservation from its historical background sounds just, but ulterior motives simply drive the same connection without due alterations in today’s world.

‘Religion’ and ‘caste’ are the two major trigger points in Indian society.

Let’s now take a look at where the idea of reservation took off and with what motives.

History of Reservation – A British Legacy

The reservation legacy dates long ago! Even before India got independence. Yes! the reservation system was introduced under British rule!

The Hindu community was divided into Brahmins, Kshatriyas, Vaishyas, and Shudras in earlier times. The Shudras were considered to be backward, and untouchables and they were treated as slaves and inferiors.

This discrimination against a particular human race led to the emergence of a reservation system.

William Hunter and Jyotiba Phule introduced the idea of caste-based reservation in 1882. After this, various decisions and protests were made, which finally introduced the most prominent commission regarding reservation – The Mandal Commission of 1991.

Under this, an observation was made that about 52% of the total population belongs to the OBCs. This resulted in the acceptance of the proposal of the Mandal Commission by B.P Mandal in 1990. As per this commission, 27% of seats were reserved for the Other Backward Classes (OBCs).

In 1992, a landmark judgment was given by the Supreme court of India in Indra Sawhney v. Union of India, which set a cap of not more than 50% in the reservation by the state.

Yes, of course! But what we conclude from this is that reservation’s motive was to protect the oppressed communities.

Now, if we dig a little deep, we’ll understand the meaning of oppression.

This has got nothing to do with what class, gender, color, demographic area, etc., a person belongs to.

The above meaning implies that any person can be oppressed if they are exploited in society.

The person may not be oppressed in any of the above circumstances. But, still, they are subject to reservation.

How fair is that?

If reservation’s sole purpose is to protect people from oppression, why is it available to even the people who do not face any sort of oppression?

Okay, Let’s try and understand THIS!

No, go back and read this all over and tell me this is not what oppression sounds like.

For the people who debate that women are equal and do not require any representation, just read this once and say that men are not privileged over women!

This is precisely what oppression and underprivileged means look like.

Then why is there no exclusive reservation for women in the education and employment sector?

To be clear here, my point is NOT to seek reservation for women.

This is just to explain what actual oppression looks like, which most people who benefit from reservations in India can not even understand!

(Also, click here to read about the 12th pass government jobs for girls in India)

Let us understand this with some other examples!

The official cut-off for JEE Mains 2021 are as follows:

Isn’t the reservation policy playing an avital role in suppressing the capable and better deserving candidates?

Just because a person belongs to a particular caste does not automatically suggest that they need representative support, let alone that they are capable!

Reservation and Efficiency in Performance are Poles Apart! | Facts About Reservation System in India

I think we can agree that all of us are born with immense intellectual capacities. Right?

Although we are not all the same when it comes to the different domains that require the usage of intellect.

To understand who can be the most resourceful candidate for a position, there are entrance examinations like the UPSC, bank services, JEE, AIIMS, and so many more.

The purpose of the entrance test is to select the best representatives for a particular field. But, because of reservation, merit is compromised.

It has often been witnessed that a candidate with a higher percentile is not selected just because they do not fall in any slot under the reservation system.

This implies that candidates with lower merit and a lower intellectual capacity are selected for a specific job.

How can you expect that efficiency will prevail in such situations?!?!

It can not, and it will not! Unless and until the right and deserving candidate is selected.

We need to understand that reservations should be implemented with due diligence.

Representation at the cost of reduced efficiency is not the solution that India needs!

Do We Need Reservation?

I believe that the reservation system is preventing the roots of caste-based discrimination from being plowed out permanently. Again we are using caste-based reservation to instill the British strategy of divide and rule.

Instead of finding a fix to the discrimination and harassment of the oppressed communities and imposing strict punishments, the government offers such poorly implemented reservations.

When the question of need arises, the answer is YES!

Yes, we do need a reservation as there are both advantages and disadvantages of the reservation system in India. But, not the one that already exists.

We need to scrap such a vain reservation policy and restructure a new one that has the capacity to represent the people who are actually in need!

Reservation in India should not come as easy as simply just having a particular surname!

A Ray of Hope…

The apex court of justice of India in its last hearing on reservation rights to the transgender community slammed the central government for the delay in the quota allocation.

Consequently, in a recent verdict, the Kerala government has announced reservations for the transgender community. This is a great decision. Although, being homosexual is no more a crime on paper in India, still hate and disregard runs through most of its people for the community.

Additionally, the LGBQ community is not subject to any kind of reservation because they do not constitute the third gender. (The transgender community is highly oppressed in our country, but so are the people who do not identify as cisgender or transgender. Being gay, lesbian, bisexual, queer, etc. in a country like ours is a lot more difficult and challenging than most people can even imagine!)

But, the fact that change is finally occurring (however slow or minimal) is good news! Right?

I hope the day comes soon when this defective reservation policy will be scrapped and replaced by a new, liberal and logical policy- the day a new India will be born!

I would love to hear from you what suggestions and improvements you would want to see in the Indian reservation system since there are many advantages and disadvantages of the reservation system in India. Also, let us know your views on this article in the comment section below.

We’d love to have a healthy discussion on this topic with our readers!

Is a reservation system needed in India?

Yes, because there are way too many oppressed groups (economically, socially, or politically) in India, there is a need for a reservation system. Reservation’s sole purpose is to provide representation. And representation helps in the upliftment of the oppressed.

What happens if reserved seats are not filled?

Why do we still have reservations?

We still have a reservation because of two main reasons-
1. Reservation system is a significant driver of political vendettas. Scraping off of reservations by any party will automatically reduce their prospects.
2. India still has a vast population that is underprivileged and oppressed. Reservation is necessary to represent their best interest.

How many types of reservations are there in India?

There are three primary reservation categories, namely SC, ST, and OBC. But other than these, you may find several more categories in different departments or offices, or institutions.
Some other reserved categories in the employment and education sector include – single girl child, defense, EWS, rural region candidate, victims of 1984 riots, etc.

Why is the Indian reservation system important?

Reservation is considered to be so crucial because of two reasons:
1. The enormity of oppression is vast, so representation must ensure that they are protected.
2. Political parties consider reservations a vote-bank driver. Thus they give it so much importance to ensure the votes.

Why are there no reservations in the Army?

Fortunately, the Indian army only recruits the best of the best and does not lower the standards for safeguarding borders. As giving reservations in the military could mean compromising our nations’ security, reservations are barred.

When did SC-ST reservations start in India?

The Parliament of India passed the Government of India Act 1935, 1935, designed to give Indian provinces greater self-rule and set up a national federal structure. This act later incorporated the reservation of seats for the Depressed Classes, and it came into force in 1937. 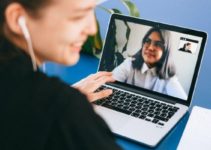 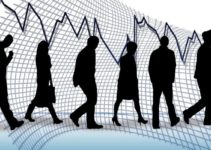